“So you traveled all the way to Warsaw and come to a Spanish tapas bar?” our waitress jokes. Fair… but when a storm rolls in, the museums are unexpectedly closed and you’re not close to your Airbnb you make compromises.

The sun is beginning to set in the Polish capital as people make their way home from work. Besides the aforementioned speed bumps in the beginning of our trip, we are now relaxed and enjoying local craft beer in a trendy bar. After a quick drink, we make our way down Nowy Świat, a posh part of the Royal Route that connects palaces and castles to the heart of Old Town and Castle Square.

The storm has passed and it’s surprisingly turned into a nice night. As I begin to think I’ve found, yet again, another perfectly preserved European town, I can’t help but be reminded of something grim: this classically beautiful city was in complete rubble nearly seventy-five years ago. And I don’t mean a few of its important political buildings were destroyed, I mean in WWII German bomb raids decimated this city and left little, if anything, standing. At first I questioned whether it makes sense to admire buildings designed to look vintage… You often hear the saying, “if those walls could talk…” well that technically doesn’t apply to most of these buildings. But then I toured the Royal Castle and at the very end I watched a video of its reconstruction, beginning in the 1970s.   It’s an amazing story of locals pooling together money and contributing to the build in whatever way possible. Painters assisted with painting, engineers with building, and so on. No contract or salaries were provided; it was simply a community coming together. And this is what makes Warsaw a city worth visiting. Even after dealing with evil through the the form of Hitler and then Stalin this city proved resilient and rebuilt itself to its original beauty. And now that I’ve shared more personal opinion than most probably care to read, I’ll switch to more objective travel advice on visiting the Polish capital, Warszawa.

You know those speed bumps I mentioned? Well first things first, museums are closed on Tuesday in Warsaw. Sundays are free but if you worry about overcrowded museums, don’t worry the entrance fee on other weekdays is quite low. I recommend starting with the Uprising Museum (Muzeum Powstania Warszawskiego) or Polin Museum of the History of Polish Jews. We did an audio guide for the Uprising Museum but there is plenty to read in both Polish and English so avoid information overload and skip the guide. Lastly, it’s worth visiting Grob Nieznanego Zolnierza (Tomb of the Unknown Soldier). If you time it for the top of the hour, you’ll be able to enjoy the changing of the guard. 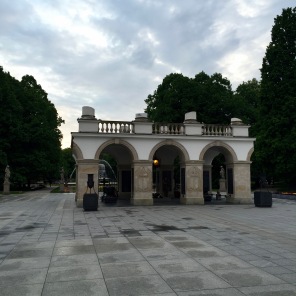 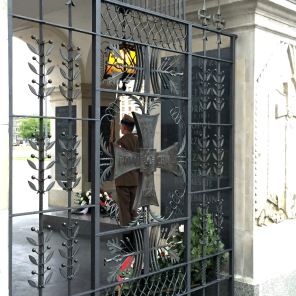 I was surprised at how bad traffic can be in Warsaw so you may want to read up on the public transit. Cheap, clean trains were my preferred method to see the city. You can get a 13zl 20min card at most stations or in nearby convenience stores. It’s much larger and spread out than other European cities so walking to all the sights is not an option. I only had 24hours in Warsaw so my museum visits were limited to the Royal Castle and the Uprising Museum. If/when I visit again, I’ll be sure to spend a day in Lazienki Park. I’d also suggest popping your head into the many churches that line the Royal Route, including St. Anne’s Church and St. John’s Archcathedral. 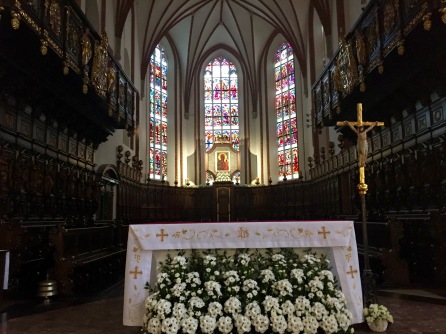 Once you get your fill, head to Warszawa Centralna station and book a ticket on the PKP Intercity high-speed train for Kraków (about 2.5hrs away). Same-day ticket for 2nd class is 139zl (about $35) and 1st class is 189zl (about $50). Thanks for staying tuned if you read this rather lengthy post… I look forward to sharing my travels in Kraków next time.